The problem of the strings attached

The problem of the strings attached 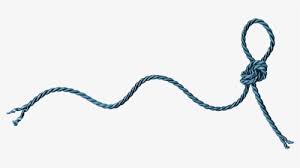 Being successful and giving back is agreat thing. For example, I’ve been lucky to support a scholarship at my alma mater Stony Brook University named in memory of my grandparents. Giving back through philanthropy is just a great way to show people your corporate values and culture.

People who are philanthropic do it for the right reasons. They do it to help and they expect nothing in return. If you donate, it should be from the goodness of your own heart with no string attached.

Over time I come across people who donate with strings attached and the string is to use those “good deeds” to profit themselves.

One of my most frustrating episodes of late was serving as a Vice President of my former Synagogue. The reason that it’s former is for a wide of variety of reasons (especially that they weren’t teaching my kids in Hebrew School), but everything I did for the place was to make it better. I never used that place to grow my practice or make a buck. I contrast that with the former President who as a real estate broker shamelessly advertised in his Presidential reports that he would donate 10% of any commissions that resulted in referrals from synagogue members. 10%? There are people who tithe their salary in that amount without getting any referrals. It’s shameless and I’m sure he thinks he was being generous. In Yiddish, we call that man a schnorrer.

The strings attached approach also reminds me of a well-known individual in my village. His organization claims to do good, but it’s used as a haven to get employment from the school board, sanitation, and library for the people that are members and for the most part are undeserving. I was very critical of someone in that organization and this person attacked me for doing nothing for the community. This same individual collects commissions for selling insurance to the local tax districts and his wife just got a job as a librarian from the school board, all as result of his “work” for the community. So if helping the community is about helping yourself, then I haven’t helped the community.

The point is that philanthropy and helping out the community is really about showing people that you care, it shows the goodness of the values and culture of your organization.