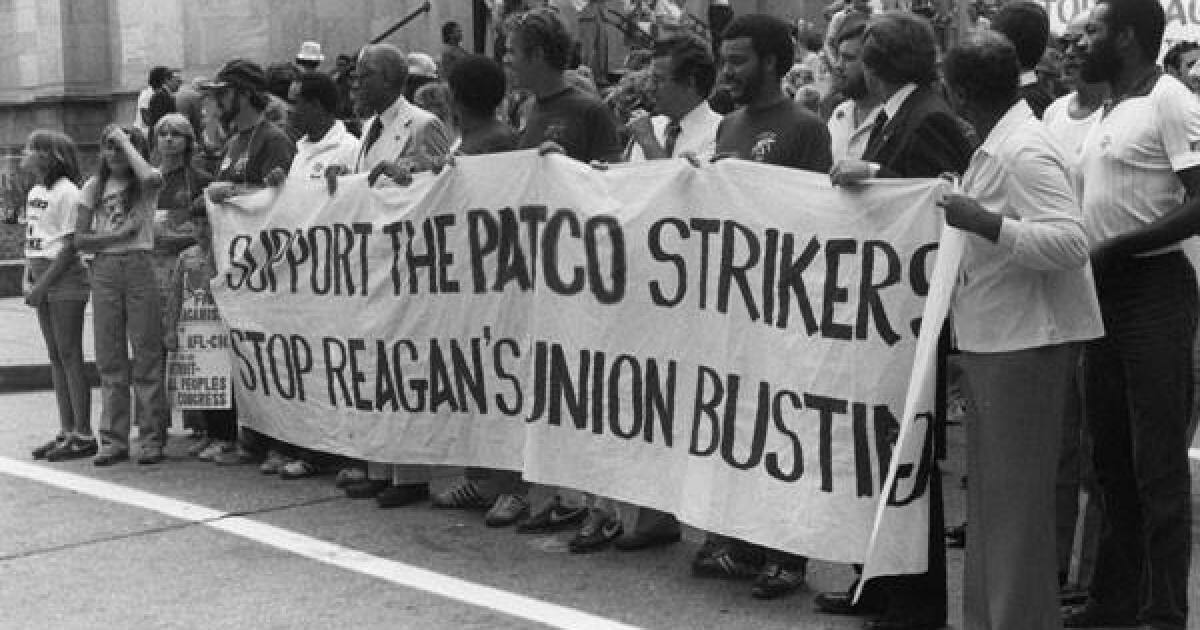 I was reading a great book on the 1981 PATCO air controllers strike and President Reagan’s decision to fire them because the strike violated federal law that barred them from striking.

PATCO air traffic controllers had their usual list of grievances that every employee has such as poor pay, poor working conditions, and problems with supervisors. The problem with PATCO is the union was manned by militants who thought they were irreplaceable. They thought a strike would bring the country to its knees and the FAA and the Federal Government would cave in. PATCO made a deal with the Federal Government and then their membership rejected it. The union then asked for more pay including a $10,000 salary increase across the board. Remind this is 1981 and Ronald Reagan was in office. While PATCO Union leaders knew a strike would break the law, they thought the fact that they considered themselves irreplaceable and that history showed that federal strikes never brought termination would help them. They were wrong.

Ronald Reagan fired the strikers and they were banned from getting their jobs back for another 13 years. When you think you’re irreplaceable, you usually find out you’re not.

I was the top ERISA attorney at a third-party administration firm and I knew I wasn’t irreplaceable. I had no attorneys or paralegals under me, so I knew they’d be struggling when I left. They eventually had to hire two attorneys and a paralegal to replace me, so I wasn’t irreplaceable. It just cost them a heck of a lot of money to replace me, it took them a few months to right that ship, but they did.

As a retirement plan provider, there are so many capable providers who want your seat with the client. They may not be as good as you are, but they can replace you. If they’re not up to snuff, then the client will keep on changing providers until they get the right fit.

The only people that are irreplaceable are people in your life that die whether it’s a parent, grandparent, sibling, or best friend. Outside of these one-of-a-kind relationships, just know you can be replaced. So that means you need to check your ego at the door when dealing with your clients and the people you work for.