Try to be humble

Try to be humble 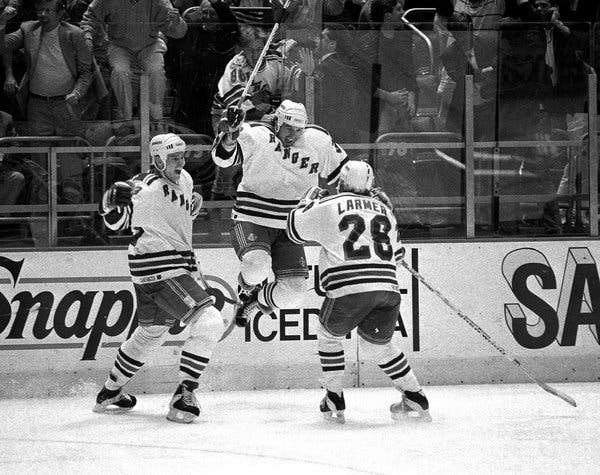 So my son loves to go to baseball card shows and when I think of my younger days when my father wouldn’t take me, let’s just say I’m a softie. When there was a show at the Westchester County Center a few years back where Keith Hernandez and Stephane Matteau, were signing, we went.

There wasn’t much of a line where Stephane Matteau was and I wanted him to sign my replica mini-Stanley Cup which several players from the 1994 New York Rangers already signed. Matteau is remembered for scoring the overtime goal in the conference finals against the New Jersey Devils and he’s made nice career years later, autographing pictures of the moment he got the puck by Martin Brodeur.

Jason has no idea who Matteau is and I told him that if it wasn’t for his goal, the Rangers might not have made the Finals against the Canucks. Rather than lauding his own accomplishments, Matteau told us that if he didn’t score, someone else on the Rangers would have. I was just staggered by his humbleness, selflessness, and belief in his teammates. That’s not a hockey lesson, that’s a life lesson.

As retirement plan providers, we do a lot for our clients. I’ve bailed out countless clients with their retirement plan issues. It’s not time to brag about what I’ve done because that’s what I’m paid for. Avoiding big penalties from the Internal Revenue Service and getting a plan in order, that’s why people pay me. I try to be humble and downplay what I’ve done for clients because this is what I do for a living. Sometimes people take advantage of your humbleness, to push their agenda. That might be the case, but most people respect providers who are just doing their job more than the provider who is tooting their own on stuff they did, they were supposed to do.