Mutual of America sued over their plan

Mutual of America sued over their plan 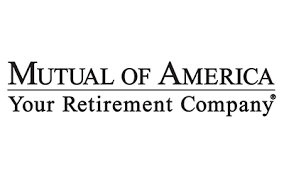 Plan participants claim that Mutual of America 401(k) plan fiduciaries breached its fiduciary duties of loyalty and prudence to participants by selecting a proprietary, closed architecture recordkeeping platform and for failing to review the plan’s administrative expenses.

Plan participants have alleged that Mutual of America failed to use a prudent and loyal process for selecting, monitoring, and removing Mutual of America funds from the investment lineup that was more expensive and underperformed their benchmarks.

It was also alleged that the Mutual of America plan included 29 proprietary investments, at the end of 2020—comprised of one proprietary fixed-interest account and 28 proprietary mutual funds—in a menu that consisted of 50 total investments. I will say 50 is a lot of investments in a plan, too many.

The plan has between 1,800 and 2,000 participants and approximately $274 million to $436 million in assets, according to court documents.

As I always say, these cases are like shooting a fish in a barrel. Mutual fund companies will also have their own funds in their 401(k) plan to keep up appearances.