The incentive to sell

The incentive to sell 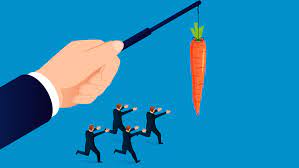 When it comes to being a retirement plan provider, you should understand that it’s a relationship-driven business and your employees can be a positive outlet for that. One way for them to be a positive outlet is for you to incentivize them to sell, by acting as a referral source.

I worked for a third-party administration (TPA) that had its own advisory practice and when I found out about their referral program, I took a pass. My buddy Rich Laurita thought I was crazy when I suggested I should be treated as any other paid solicitor, where I would receive a portion of the quarterly asset fee. Receiving a one-time referral fee of $350 and I would have to chase the limited partner who was running the place for months to get it, that was no incentive for me. I never sold anything and most of the employees didn’t either. I always felt that one of the reasons that the Communist Soviet Union failed in production was because of a lack of incentivization. I feel the same way about your employees to make referrals. If you create a fair system, they will sell.