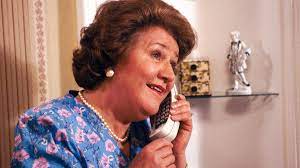 When it comes to selecting and retaining plan providers, what you have to do as a plan sponsor is to make sure that it’s done on the up and up. You have to demonstrate that the decision was prudent and was a proper exercise of your fiduciary duty. That’s always why I tell plan sponsors not to hire relatives as plan providers. Another word of caution is accepting big gifts from plan providers.

There is nothing wrong to accept a box of holiday chocolate or some de minimis gift like lunch at the local diner. As long as the gift isn’t above a big amount like maybe $300, it shouldn’t be an issue. Why are big amounts an issue? There is something called the prohibited transaction rules and transactions between a plan fiduciary and a service provider could be an issue if the plan provider is spending thousands of dollars in gifts to the plan sponsor. Buying Super Bowl tickets for a plan sponsor wreaks as some sort of bribe to the plan fiduciaries as a breach of their duty of loyalty when they’re the people in charge of deciding whether these plan providers stay or go.

I’ll never forget the human resources director of a large law firm who wanted their third-party administrator (TPA) to buy him New York Jets tickets. The TPA bought those tickets in fear and it would have been a bigger issue if the Department of Labor caught wind.