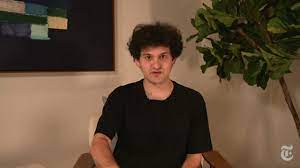 My wife doesn’t know much about crypto, but she is fascinated by what happened with FTX and SBF. She doesn’t understand how someone like that, could be involved in such a scam. Unlike me, my wife never knew two plan providers, currently sitting in Federal prison for embezzlement.

SBF like Matt Hutcheson (Google it), came out of nowhere. They both got access. SBF spent millions in hooking up with Tom Brady and Giselle and politicians. Matt Hutcheson got access by appearing on Capitol Hill and a fawning portrayal of him on PBS’ Frontline. People vouched for both, without having justification for it. I remember inquiring a very well-known 401(k) leader about Matt and getting a fawning endorsement, even though later, it was based on nothing.

SBF like with Matt, things just didn’t add up. I probably should have figured Matt out in 2012 when he claimed he was under serious consideration by both Obama and Romney for being the next Secretary of Labor. That was a warning sign, I  just didn’t follow it.  SBF came out of nowhere. Throwing some money around, and famous figures vouching for him, just made things easier.

When it comes to dealing with people of questionable character, trust your instincts and verify who they really are.