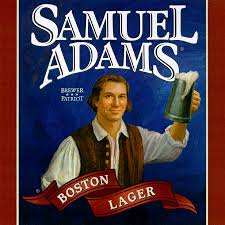 It happened innocently. I used to hear a radio ad about some beer that won some Best Beer in America contest and I was dying to try it. So when I was in college and went up to Vermont with some friends for New Years, I bought a six-pack of Sam Adams Boston Lager at the local Grand Union. That six-pack of beer started my career as a self-avowed beer snob.

When I was in college, craft beer wasn’t such a big thing. When you’re tight on a budget or at someone’s party, the beer wasn’t exactly very good. Old Milwaukee, Milwaukee’s Best, Meister Brau, Piels, and Utica Club were the beers I remembered. You’d be lucky to get a Bud Light. I remember the big thing is when the local 7-11 might have a sale and you’d get a cheap 12-pack of Molson’s or Michelob.

With that six pack of Sam Adams, it all changed. I was no longer content drinking Bud, Coors, or Bud Light. Drinking beer isn’t really about the buzz; I actually started to like drinking beer after that first six-pack of Sam because it actually tasted good. I’ll never understand people who drink Bud or Miller or Coors when there is so many beers out there that are so much better in taste. Sure craft beers cost a little more, but it’s so much worthwhile. I’ve been to weddings or holiday parties where if the beer selection is just Bud or Bud Light, I’ll just drink soda or water Let’s be honest, Bud is just malted water with a bad aftertaste. I’m sorry, but if that’s the King of Beers, we need a revolution.

Over the past 20+ years, there has been an explosion in the craft beer business and that’s great for beer drinkers who want drink beer because of the taste of beer. That’s one of the great things that Boston Beer Company through their Sam Adams flagship brand has done for the beer business, they showed that good beer can come from the United States. I actually check the beer stands at CitiField to find the one that serves something better than Bid and Bud Light, it might be Bluepoint, it might be Koana. At least the search before the Mets game leads to a draft beer worth drinking. That’s another thing. If I’m out, it’s got to be a draft beer because why would I pay a markup for a bottled beer that I can get at home?

Just remember if you see me, don’t order me a Bud, Coors, or Miller.