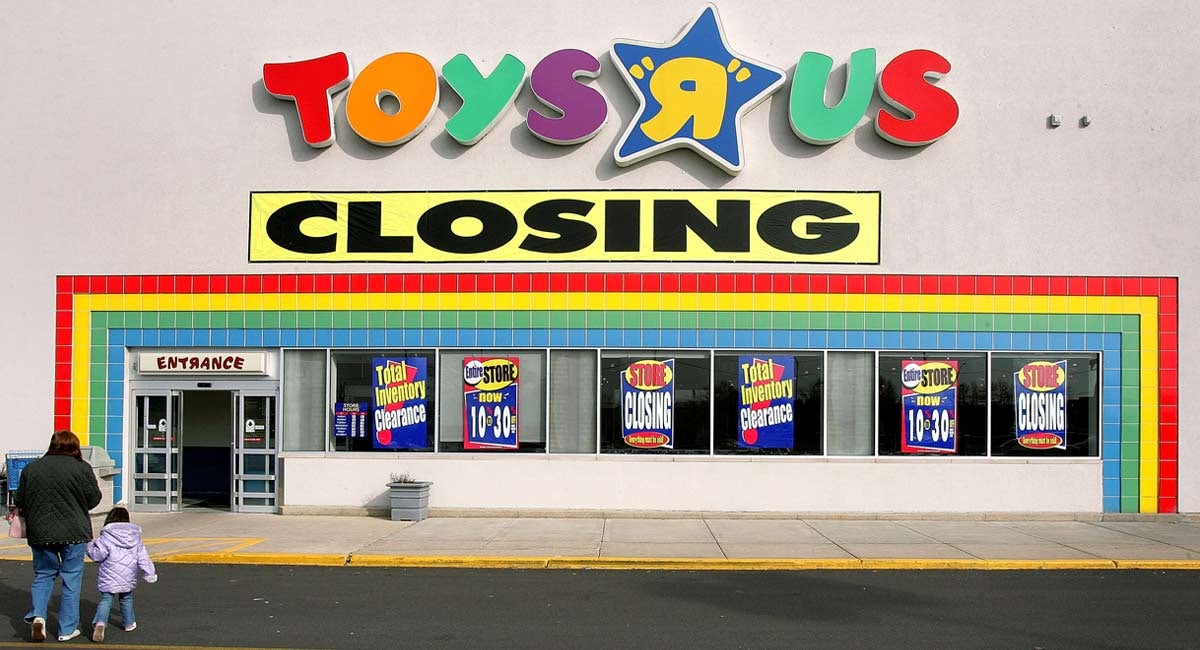 It’s funny to hear so many people I know lament the impending death of Toys ‘R” Us, but how many of them actually still bought toys at Toys “R” Us? Not many, I think.

While people will write the obituary for Toys “R” Us, many will blame Amazon.com as the scapegoat, but the fact is that the death of Toys “R” Us was self-inflicted.

When I was a kid in Brooklyn, the only place you bought toys was at the local five and dime type stores, the medium sized toy stores like Reds (only my Brooklyn friends would remember that place) and KayBee toys, and Toys “R” Us. Toys “R” Us survived all the other major toy stores like Child World and it should have dominated the toy store business for years to come.

The first problem was the growth of the superstore. With Wal-Mart and Target expanding nationally, they had nice sized toy aisles and prices that were eating Toys ‘R” Us’ lunch. The big box stores (add Best Buy when you factor in video games) showed hoe overpriced that Toys “R” Us was.

Its second mistake was not grappling with the growth of online shopping. Rather than build its own web operation, Toys ‘R” Us decided to partner with this small book retailer who as interested in selling more than books, music, and DVDs by the name of Amazon.com. Toys “R’ Us eventually dissolved the partnership with Amazon because Amazon breached it by selling toys from third-party sellers. While Toys “R” Us got a nice settlement, it delayed their own web operation, so they were forever playing catchup on the booming online toy market. Amazon didn’t miss a beat as it expanded its toy selection with all of the sales and profit now going their way.

In the end, what killed Toys “R’ Us was its purchase by private equity firms that just loaded it with debt and just let it die. It’s no different than when Big Paulie did when he was given part ownership of that nightclub in GoodFellas, private equity busted the joint with Toys “R” Us.

Toys “R” Us’ debt was downgraded to junk bond status in January of 2005, at a time when Amazon’s sales were just 4% of their current level. A year later, publicly traded Toys “R” Us was taken private by KKR, Bain Capital, and real estate firm Vornado. The $6.6 billion purchase left it with $5.3 billion in debt secured by its assets and it never really recovered.

Toys “R” was like Sears, controlled by owners that wouldn’t put a nickel back in the stores. The store I would visit in Westbury looks like the same store I visited on Flatbush Avenue in Brooklyn when I was a kid. Most stores are run down and poorly staffed. When my kids were interested in Lego, I found out that Toys “R” Us’ prices were 20% more than the prices at the Lego Store at the Roosevelt Field Mall. Its prices were always more than what Amazon, Wal-Mart, and Target were charging.

With its size, Toys “R” us should have championed itself on its selection and develop more exclusive lines of toys that would allow it to compensate for the competitive pricing of its competitors. They should have made the stores more unique and more interesting, rather than the run down stores it became.