Own Up To Your Mistakes

Own Up To Your Mistakes 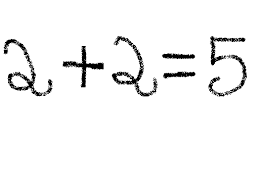 Years ago, I had to hire an out of town collection law firm to collect a debt from a client. The client didn’t respond to my lawsuit and I was awarded a default judgment against them.

The problem with hiring this firm is that since it was an older debt, the law firm was charging me by the hour. There was an associate attorney at the firm who was very good at billing. He would bill 45 minutes, thinking about how to collect the judgment. He would spend hours drafting court filings that were based on sample forms. Without warning, a law firm partner took over the case.

When it came time to try to collect my judgment, I was able to get some banking information to try to attach against the client’s bank account. I also provided the email address of a bank representative.

As a plan provider, you’re going to make mistakes. The better you are, the fewer mistakes you make.  However, when you make mistakes, admit it and apologize and move on. It’s plain and simple.