The problem with Netflix

The problem with Netflix 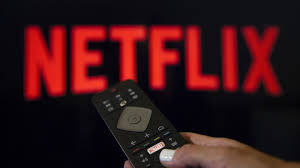 I once owned shares of Netflix and it was a profitable endeavor. I took my profits and ran. I’m glad I did because there are a couple of things that bother me about their future.

Sure, Netflix will always be around, it’s the 500 lb. gorilla when it comes to streaming and its customer base. I’m just saying that the stock might be in for a major adjustment for the following reasons:

1. Netflix is taking on billions of debt to pay for original content. It’s believed that Netflix has spent $8 billion to $13 billion on original content in 2018. Even with 137 million subscribers, that is still a lot of spending. Spending which could be a huge issue if the content isn’t consistently as good. If you look at what Amazon Prime is doing, Netflix shows don’t get the love of The Marvelous Mrs. Maisel.
2. The 500 lb. gorilla of content known as Disney will start its streaming service in 2019. While Disney will be playing catch-up, it will mean the end of Disney content on Netflix and perhaps the end of Marvel shows on Netflix (as possibly shown by Netflix’s cancellation of Iron Fist and Luke Cake).  Disney will add Star Wars and Marvel original content to their service.
3. Increased competition by Amazon Prime, as well as content offered by Apple and perhaps Wal-Mart. While Netflix is the biggest player in the market, increased competition won’t help.