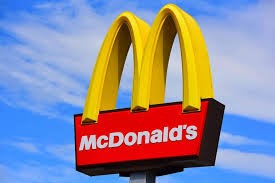 McDonald’s is the most popular hamburger fast food place in the country, but is it better than In-N-Out or Shake Shack? Of course, it isn’t, it’s not even better than Wendy’s.  Yet it’s the most popular fast food restaurant because of the vision of Ray Kroc, who was the first person to franchise a hamburger restaurant from coast to coast. Just because it’s popular doesn’t make it good. How many New York area pizza places are better than Dominos, Little Caesars, and Pizza Hut? I think everyone.

The point is that popularity doesn’t mean the best in quality. Yet there are so many plan sponsors that hire a plan provider just because they’re popular. Hiring a plan provider just because of the assets they manage/administer or the plans they handle is quite large on the list of plan providers. Bigger doesn’t mean better, being popular doesn’t mean competent. A plan sponsor that picks a provider that is just going with the flow is breaching their fiduciary duty if the popular choice isn’t a competent one. There are a lot of reasons that a plan sponsor should hire a certain provider, just being popular isn’t one of them.