You’re Not Here To Make Friends

You’re Not Here To Make Friends 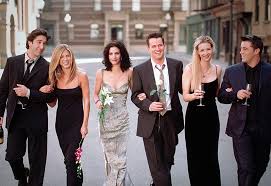 There are essentially two types of people at any company: management and the employees.  I always say that I would never hire an employee because I was one (which will change in a few weeks, stay tuned). One of the biggest mistakes you can make in your business as a retirement plan provider is becoming friends with a couple of the employees.

Boundaries are a big deal and there is a clear boundary between management and employees. Cross that boundary and you’re going to have a headache on several fronts. When you become friendly with an employee, it changes the scope of the relationship and that change is always going to be to your detriment as management. Best similar example to that is when I was a Vice President of my synagogue, they wanted to hire a fellow member as a secretary of the office. I was the lone person who spoke out against it. Besides the fact that the member had no experience and has loose lips (which is a concern when it comes member dues and contributions), my biggest point is that it’s hard to fire a member who’s ineffective because they’ll stop being a member after you fire them. If you don’t fire them, then you have an incompetent secretary. Thanks to my big mouth, the decision was shelved because of my strong opposition.

So the point in being friends with an employee is that they stop being an employee and start being your friend. I can’t speak for other people, but I always have strong, positive views of my friends and I always try to see them in the best light and it’s hard to see a friend who is an employee in a negative light. If that employee is ineffective, you either have to get rid of them that will cost you a friendship or you’ll just have a friend who happens to be an incompetent employee.

Empathy is all about trying to understand how other people feel, so you need to understand what becoming friends with some of your employees will do.