Politics is like professional wrestling and I know why

Politics is like professional wrestling and I know why 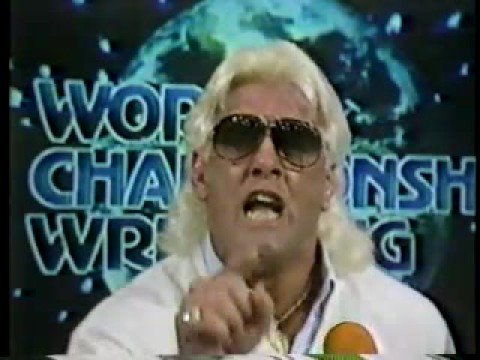 I was heavily in politics in college, both partisan and non-partisan (student government). Regardless of the difference in views, I had with people, it was always done with respect. Some of my good friends today are people I was absolutely diametrically opposed to.

At law school, I would kid around with an Associate Dean about his very progressive ideas and he showed me up by getting elected to Congress. I’m probably 80% in disagreement with him, but I have enough respect for him that he will be a speaker at That 401(k) National Virtual Conference.

Unfortunately, politics has become like professional wrestling. Instead of politely disagreeing, it’s like pro wrestling promos where one side attacking the other. While people will insist that this state of American politics is the result of the current President and I assure you that the vitriol has been growing for the past 25 years. The pro wrestling like atmosphere for American politics can be connected to the advent of the Internet. It’s been growing and growing since Bill Clinton was President and the theories he murdered people including Vince Foster. It has continued during the Presidency of George W. Bush, and it was certainly near an apex with Barrack Obama, thanks to the explosion of social media sites such as Twitter and Facebook. These social media sites are excellent sources to disseminate conspiracy theories and false information. Obama’s Kenyan birth certificate was fake news before Trump called it.

Unfortunately, the vitriol will continue as long as we have social media and people exploiting these sites to post political vitriol, which only fuels the political divide among real politicians.