My opinion on payroll providers

My opinion on payroll providers 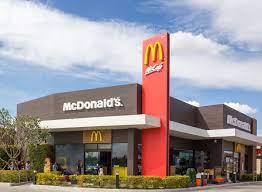 If there is one opinion that I have that is argued about many times is my two cents on the use of the largest payroll providers being in the Third Party Administration (TPA) business. Usually, the people who criticize my opinion tend to work for those payroll providers.

My opinion is my opinion, it’s based on 24 years of experience as an ERISA attorney, I doubt you can say my opinion is biased since I haven’t worked for a TPA since 2007.

I believe that the TPA business is a very tough job, it just shouldn’t be someone’s ancillary business if you just see it as just an offshoot of your primary business. My problem with payroll provider TPAs is that they require too much of the plan sponsor to do the heavy lifting, aren’t very creative in plan design and take an assembly line approach to retirement plans. Henry Ford once said you could pick the color of a Model T as long as it was black. Offering retirement plans on some sort of plain vanilla prototype with no discussion of other designs and combo plans with cash balance or defined benefit is malpractice if it costs the plan sponsor money by not maximizing the use of employer contributions.

Mcdonald’s approach to fast food is fine, but retirement plans administration isn’t something that you could quickly push out. Payroll Provider TPAs isn’t a black or white issue; I’m sure a three-employee company using safe harbor 401(k) might be a good fit. For most plan sponsors, it’s not. I’ve seen fewer problems with standalone TPAs than with those two big payroll providers in terms of issues and plan errors. Standalone TPAs have less of a churn rate than payroll provider TPAs, they have larger plans, more plans under administration, and are more efficient in plan design. In addition, What payroll provider TPAs forget to tell you is that if you fire them as a TPA, they’ll fire you as a payroll customer and that payroll integration they talk about is something they offer to other plan providers like Empower. If payroll integration is such a big deal, why do they offer it to competing TPAs?

Again, it’s my opinion based on 24 years of experience. Believe me, I’d make more money as an ERISA attorney by keeping my mouth shut about this because when you speak out against these big payroll providers, they don’t refer you to much business.